Driver-Facing Cameras: Are They Here To Stay? 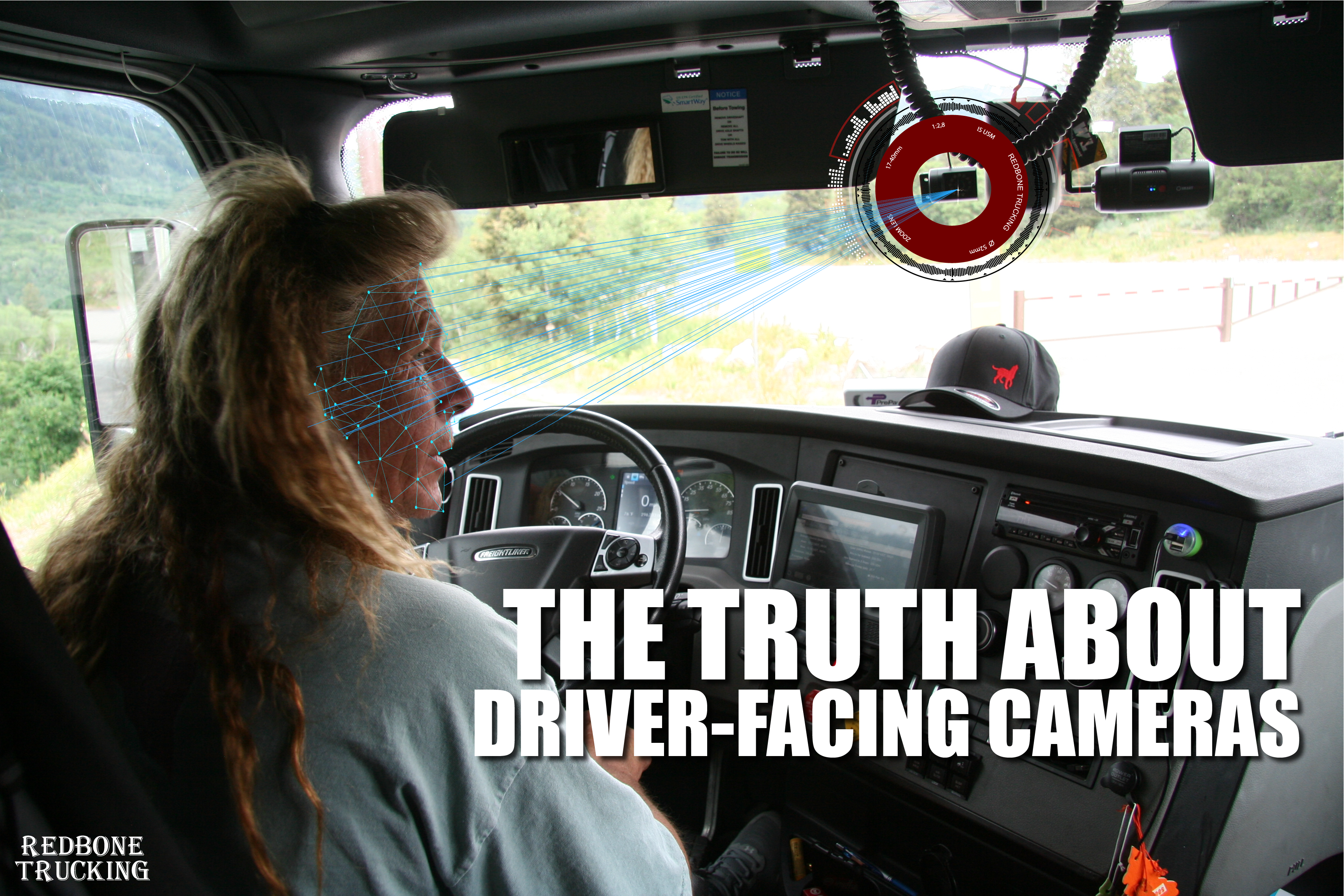 Back to all blogs

Driver-facing cameras are a hot button issue in the trucking industry today. As their adoption has risen, so too has the debate surrounding them. At a fundamental level, it can obviously be unsettling having a camera pointed at you as you’re driving. On the flip side, driver facing cameras do have a lot of redeeming qualities for not only motor carriers and insurers, but for drivers as well. So do the pros outweigh the cons? Are the cons accurately understood? Let’s dive in.

We’ll start with some transparency — we have driver-facing cameras in our trucks. We’ll get into why we decided to install them later, but let’s start with how they work at a base level.

Driver-facing cameras are installed with the front-facing camera on the dashboard. While that camera watches to ensure that the truck isn’t swerving too much or following too closely to the vehicle ahead, the driver facing camera sits idly looking at the cab. One of the big myths about driver-facing cameras is that the Safety Manager can spy on you at any time, even when you’re not driving. In reality, the camera is incapable of being turned on if the truck isn’t driving. In our position, we only pull footage in the event that it’s needed. If nothing happens, nothing is stored or watched.

So what are the benefits of a driver-facing camera? In short, they provide tons of protection for everyone. The driver, the company, and (in an overall sense) every other driver at the company. In essence, the cameras are no different than a police officer or paramedic’s body camera.

Trucking companies have massive targets painted on them by personal injury attorneys; so much so, that you’ve probably seen advertisements online or on TV from attorneys soliciting anyone that’s been involved in an accident with a big rig. This is partially because of who they can sue in the event of an accident. A four wheeler that’s hit by another four wheeler can typically only sue the other driver. A four wheeler that’s involved in an accident with an 18-wheeler can sue the company itself, who will most likely have more assets and cash on hand than a typical individual. With driver-facing and forward-facing cameras, false claims go straight out the window. This protects drivers’ bonuses, motor vehicle records (MVRs), and employment.

We’ve got plenty of stories of cameras helping drivers. In one instance, a highway patrolman pulled a driver over for allegedly not wearing a seatbelt. We were able to send the proof to the driver and officer right away that showed our driver was wearing his seatbelt properly. In a more serious instance, an accident occurred and resulted in a four wheeler claiming that our driver was swerving and texting. Without the proof of cameras, the driver may have been found at fault and had an undeserved stain on his MVR.

Regardless of how one feels about driver-facing cameras, one thing is clear: they’re trending to become standard within the next five years. Adoption from the mega carriers over the past several years is bound to trickle down to the smaller companies and will eventually become the standard.

At Redbone, we continue to look at more ways we can keep our drivers safe from not just physical injury, but safe from litigation and trouble on their driving records as well. In the case of cameras, we like to stress that we’re not looking at drivers, we’re looking out for drivers.

CVSA International Roadcheck 2022: What To Watch For

If you ask any truck driver when their favorite week of the year is, exactly 0 of them will say the Roadcheck Blitz...

END_OF_DOCUMENT_TOKEN_TO_BE_REPLACED

What CDL Drivers Need To Know About Sign-On Bonuses

You’ve seen them on billboards, job ads, videos, and heard about them from recruiters; sign-on bonuses are seemingly...

END_OF_DOCUMENT_TOKEN_TO_BE_REPLACED

Staying Happy Out On The Road

Redbone Trucking doesn't exist without our drivers. Therefore, making sure our drivers are happy is a massive priority...